On 8 days of your safari, you will visit Lake Manyara, Serengeti, and Ngorongoro.

Elephants and bird species will surprise you in Lake Manyara.
The endless plains of Serengeti are on your bucket list wildlife viewing, give you a chance to see the great wildebeest migration in the plain. Hippo, rhino, and buffalo are among the many crater residents at the Ngorongoro conservation area.

Whatever your arrival time at Kilimanjaro International Airport, Fit4Masafa Travel driver-guide will be waiting for you with a warm welcoming smile. Kick back and relax in your comfortable vehicle as he takes you to your hotel in Arusha, Tanzania’s self-styled ‘safari capital.’ On your journey to the hotel, you will get a brief impression of this large, bustling, commercial city. Depending on your arrival time, you may have your pre-safari briefing today; if not, it will take place early tomorrow morning.
Accommodation: Planet lodges
Meal Plan: Breakfast & Dinner

Unless your arrival time yesterday allowed time for your safari briefing, then this will take place after breakfast. We will provide you with all the essential information before we set off westwards to our first safari destination, Lake Manyara National Park. Along the tour, you will stop at Mto wa Mbu for a morning cultural tour which will be accompanied by hot local lunch, and the afternoon game drives into Lake Manyara NP. The park with its shallow alkaline lake is known for its over 400 bird species, primate-filled forests out for the long-tailed Guenon monkeys) and grassy plains. A large area of
the park is covered by the alkaline Lake Manyara which is home to colonies of
flamingos and other water birds. Apart from elephants, you might also spot
giraffes, hippos, wildebeests, and impalas while the forests near the lake are
teeming with noisy groups of monkeys and baboons. From the pop-up roof
of the safari vehicle, you will be able to absorb the sights and sounds of nature. In the late evening, you will leave the Lake Manyara National Park and
head to Pamoja Africa Lodges in Karatu where you will spend the night.
Accommodation: Pamoja Africa Lodge in Karatu:
Meal Plan: Breakfast, Picnic Lunch Box and Dinner

After breakfast, your safari continues towards Serengeti NP, via the beautiful high lying farmland of Karatu and the Ngorongoro Conservation Area
Authority (NCAA). Leaving the highlands behind, you will travel into the heart of wild Africa, You will arrive in time for a picnic lunch and enjoy an afternoon game drive into the park.
Accommodation: Serengeti Tortilis Camps
Meal Plan: Breakfast, Picnic Lunch Box and Dinner

After breakfast, game viewing drive along the Sogore River Circuit, which loops into the plains south of the Seronera River, and which is good for
possible Lion, Thomson gazelle, topi, ostrich, and cheetah sightings. The Visitor Centre close to the Serengeti Seronera Lodge and public campsites is
well worth a visit after the morning’s game drive.
In the afternoon, you will follow the Kopjes Circuit, which goes anti-clockwise around the Masai Kopjes, which usually attract a number of lion and some formidably large cobras. Kopjes are weathered granite outcrops, scattered around the plains, most of which are miniature ecosystems, providing shade and drinking water in pools left in the rock after the rains. This makes the
kopjes particularly good for spotting wildlife in the dry seasons – including lions, which like to lie in wait for animals coming to drink.
Accommodation: Serengeti Tortilis Camps
Meal Plan: Breakfast, Picnic Lunch Box and Dinner

This day will offer you an ideal opportunity to do an optional but unforgettable Hot Air Balloon flight, followed by a delightful champagne
breakfast (available at a supplementary cost, but can be booked in advance). After breakfast you will be heading to the south-eastern side of the park, visiting the Barafu Kopjes and the Ngare Nanyuki River area, for your morning and afternoon game drives. Apart from the lion prides you find in the area, the Barafu Kopjes is the place to visit for possible cheetah sightings.
The Ngare Nanyuki River area is also well known for being packed with game.
Accommodation: Serengeti Tortilis Camps
Meal Plan: Breakfast, Picnic Lunch Box and Dinner

Today is your last day in the park, and once again you will visit some kopjes on your way out of the park and you will do a morning game drive in the Simba Kopjes area. The kopjes are named after the lions, which frequently use these kopjes to just lie and bathe in the sun. You may also see baboons, giraffes, and some interesting birds in this area. From there you will be heading to Lake Ndutu, which is alkaline, like most of the other Rift lakes, however still drinkable and used by a wide array of local wildlife. You will do an afternoon game drive in the lake area, which offers
quite a change from the vast open plains of the Serengeti. The area is usually heavily populated with elephants and birds as well as resident plains game.
Accommodation: Ndutu Safari lodge
Meal Plan: Breakfast, Picnic Lunch Box and Dinner

You will depart after breakfast from Ndutu Area with a picnic lunch for a morning game drive in the Naabi Hill area before heading towards the
Ngorongoro Conservation Area Authority via the famed Olduvai Gorge, also known as “the cradle of mankind”. The Gorge lies on the site of an ancient lake, covered by thick layers of volcanic ash, which carefully preserved the world’s earliest records of mankind and which was unearthed by the dedicated Leakey family. The museum displays some of these fascinating discoveries and remarkable finds. From there you will be heading for the magnificent NCAA, one of the most densely crowded game areas in the
world, which is home to an estimated 30,000 animals, you will arrive in time for leisure.
Accommodation: Ngorongoro Tortilis Camps
Meal Plan: Breakfast, Picnic Lunch Box, and Dinner

After an early breakfast, you will descend 600m into this stunning crater to view wildlife for a full-day crater tour. You will witness an unforgettable
the spectacle of African wildlife – a world teeming with animals. Supported by year-round water supply and fodder, the area supports a vast variety of animals, which include herds of wildebeest, zebra, buffalo, eland, warthog, hippo, giant elephants, and a small population of black rhino. Another big draw to this picturesque conservation area is its dense population of
predators, which include lions, hyenas, jackals, cheetahs, and the ever-elusive leopard, which sometimes requires a trained eye to spot.
Accommodation: Ngorongoro Tortilis Camps
Meal Plan:Breakfast, Picnic Lunch Box and Dinner

Enjoy breakfast, you will descend over 600 meters into the crater to view wildlife for a full day crater tour with a picnic lunch down into the crater, This is the world’s largest caldera, a feature formed by the collapse of land after a volcanic eruption. It is approximately 18 km in diameter and home to about 25,000 mammals. In this relatively small area, you can find almost all the mammals of East Africa ranging from Grant’s and Thomson’s gazelles to mountain reedbucks in the forests on the slopes. You might also see spotted hyenas, rare wild dogs, and some of the more than 500 bird species of the area. It is also possible to spot the Big Five – lion, elephant, buffalo, rhino, and
leopard – in the few hours spent in the crater. Later on, drive back to Arusha arriving in time for drop off at the end of your African safari adventure at Arusha Airport or any other place in Arusha.
Accommodation: On request as per Departure instructions
Meal Plan: Breakfast and Picnic Lunch Box 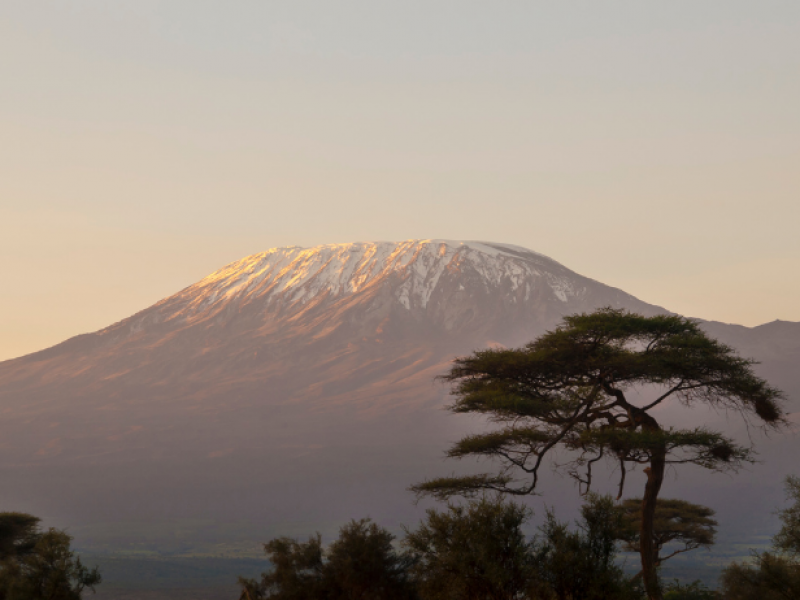 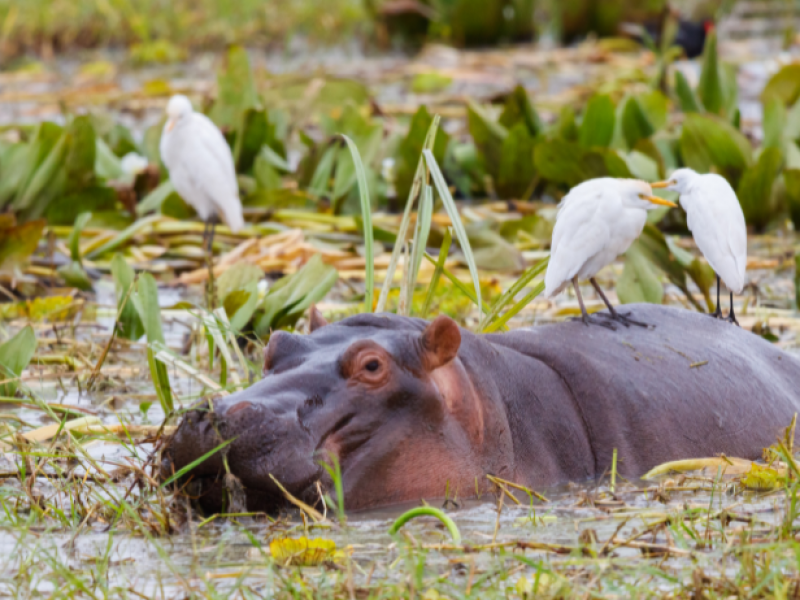 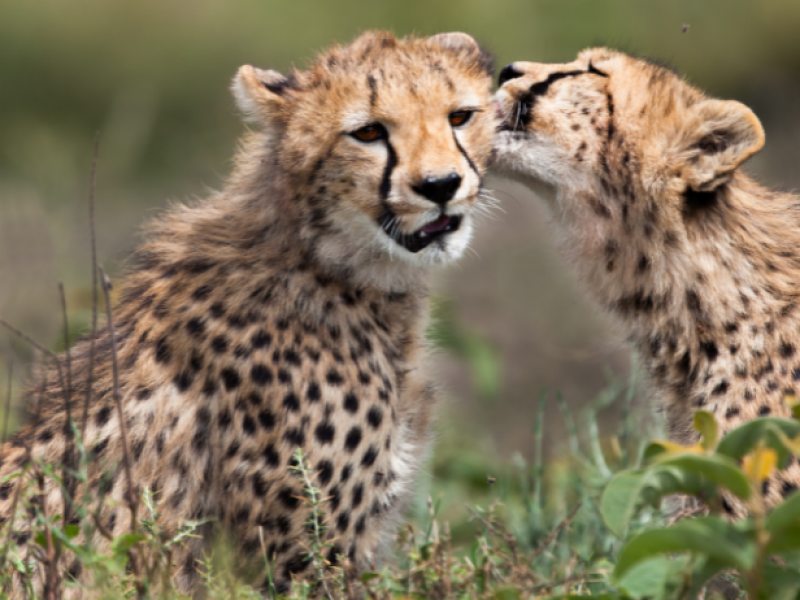 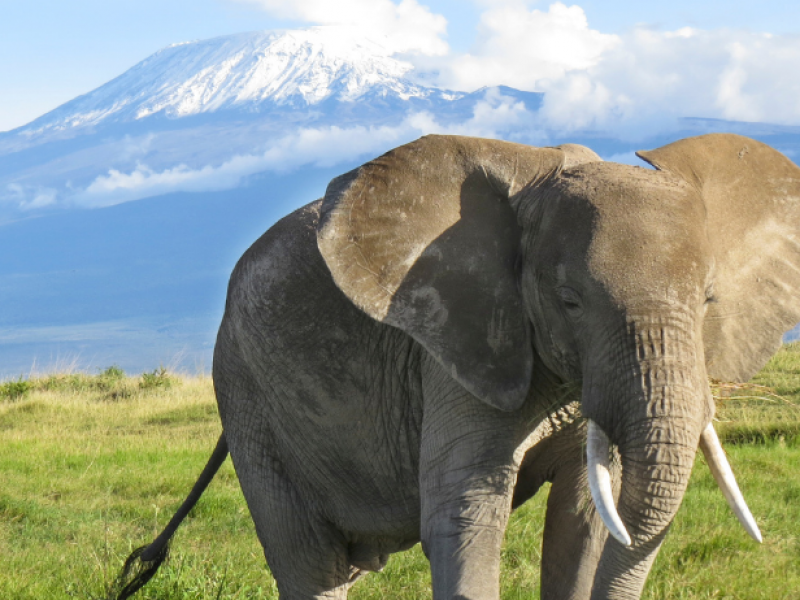