Summary:
Kubwa Five Safaris offers you the opportunity to see waterbucks, lions, zebras, buffaloes,
giraffes, gazelles, elephants, impalas, and various bird species among others in some of Kenya’s
best tourist hotspots. Enjoy game drives and game viewing in Amboseli National Park, Maasai
Mara National Reserve, and Lake Nakuru National Park to get to know the African wildlife
better. An expert guide will accompany you on your journey to share their knowledge of the
local fauna with you. Don’t miss the chance to enjoy the true African experience!
 Destination – Lake Nakuru National Park, Amboseli National Park, Maasai Mara Game
Reserve.
 Activities – Game drives.
 Tailor-Made- We are specialists in personalized, tailor-made travel and your holiday
will be custom-designed to suit your requirements. We are all individuals, so why be tied
to a set group tour or a set itinerary? Our experienced staff can help you design your own
individualized holiday. Explore at your own pace, choose your own style of
accommodation, and include your own choice of sightseeing and activities.

 Accommodation – It is valid and will greatly depend on your budget. We can and will
help you choose from the list when planning your trip. At whatever level, we provide the
very best for our guests. . Kubwa Five Safaris reserves the right to substitute equivalent
or superior hotels. If a hotel of equivalent standard is not available Kubwa Five Safaris
may substitute the next best quality hotel or suggest a superior at an extra charge. There is
free wi-fi in hotels.
 Transportation – 4×4 Safari Landcruiser / Minivan (up to eight passengers) with pop-up
tops and seven window seats for game viewing.Groups of twelve or more people who
would like to travel in one vehicle are offered 25-28 seat coasters that have about 16
window seats. Our Safari vehicles are well maintained to provide maximum level of
comfort and safety.
 Our Drivers /Guides – We recognize this for a fact! The success of your safari will
largely depend on your driver/guide. It is because of this that we have a great team of
carefully selected drivers /guides, well trained.

On your arrival, Kubwa Five Safaris representative with your name printed on an A4 paper will
welcome you at airport and transfer you to your hotel in Nairobi. Depending on your arrival
time, depart Nairobi for a drive down into the Rift Valley to Maasai Mara, the world-renowned
game reserve. Stop at the escarpment for a scenic view of the Great Rift Valley. Enjoy lunch
followed by an afternoon game drive. Meals and overnight at Sarova Mara Game Camp, (Full board). Sarova Mara Game Camp is centrally located 260 km southwest of Nairobi, in the heart of the world-famous Maasai Mara National Reserve. Sarova Mara Game Camp is nestled within the heart of the Maasai Mara Game Reserve, surrounded by 2 streams the camp also features exotic trees, a large fish pond, and a Maasai village adjoining the camp. Accommodation ranges with a variety of tents. There is the main restaurant, bar, and many bush
dining options. The free-form swimming pool has its own pool bar and the property has its
own fleet of safari vehicles and guides.

Morning and afternoon game drives in the vast open savannah of Maasai Mara. Enjoy the
abundant game and breathtaking sunsets. Maasai Mara is Kenya's finest wildlife sanctuary with well over 450 animal species. You also have the option to book a balloon ride (400US$ per
person additional). Full board accommodation at Sarova Mara Game Camp..

Depart for Lake Nakuru National Park after breakfast, arriving in time for lunch at the camp as well as check-in. Afternoon game drive takes you to the lake to view Flamingos and pelicans.
Also, spot White/Black Rhinos, Rothschild Giraffe, Waterbucks, and other kinds of African
wildlife. The Lake Forest attracts a wide variety of birds. Dinner and overnight at Flamingo Hill Tented Camp, (Full Board). The Flamingo Hill Camp is situated within the famous Lake Nakuru National Park, which lies within the Great Rift Valley of Kenya. Nestled between the " honeymoon hi and set in beautifully landscaped grounds with natural foliage and a variety of indigenous African plants and flowers. Approximately 30 minutes by air or 2 hours by road from Nairobi. The camp is close to the Main Gate about a kilometer from the main gate. Flamingo Hill Camp provides a superb,
tented accommodation experience. Cozy, warm, and inviting with a personal touch, Flamingo
Hill Camp offers the traveler a home away from home!

After an early breakfast, we embark on a morning game drive on our way out of Nakuru National
Park and headed for Amboseli National Park. After lunch, relax before our evening game drive with a chance to view lions, elephants, buffalos, monkeys, and other animals. Dinner and
Overnight at Kilima Safari Camp, (Full Board).
Kilima Safari Camp is located in Kenya on the western border of the Maasai Mara National
Reserve. Kilima Camp has been built on a private concession bordering the current boundary,
the official perimeter of the Mara Triangle Wilderness Area (one of the three contiguous
administrative areas forming what is known as the Maasai Mara National Reserve also called
the Maasai Mara). Kilima means “mountain or little hill in Swahili”. Kilima Camp is situated on the edge of the Siria escarpment (also called Oloololo escarpment) at 1,800 metres above sea level, overlooking the Mara River and the Maasai Mara plains are at an altitude of 1,500 metres.
Hence Kilima Camp has a fantastic and phenomenal view over the Maasai Mara plains and the river Mara, truly “the Gods’ window”

Spend the whole day in Amboseli National Park, with morning and afternoon game drives. This
park is termed as an Animal’s paradise. Visit Maasai Village and learn their rich culture at an
extra cost. Dinner and Overnight at Kilima Safari Camp, (Full Board).

After a leisurely breakfast, we embark on a game drive before returning back to Nairobi City where the safari ends. 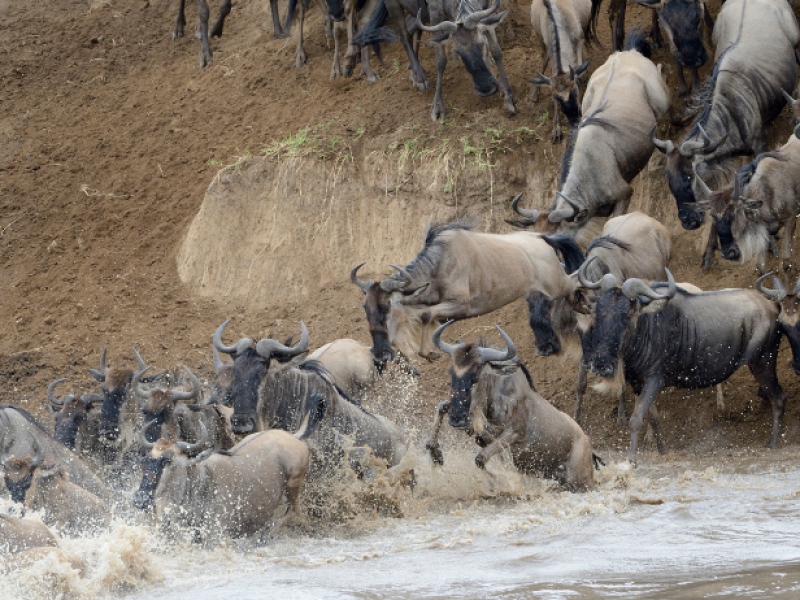 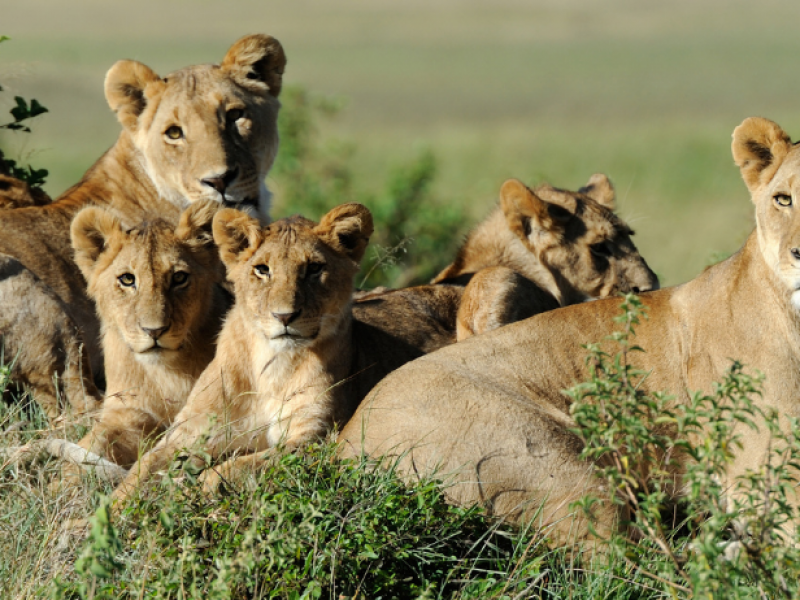